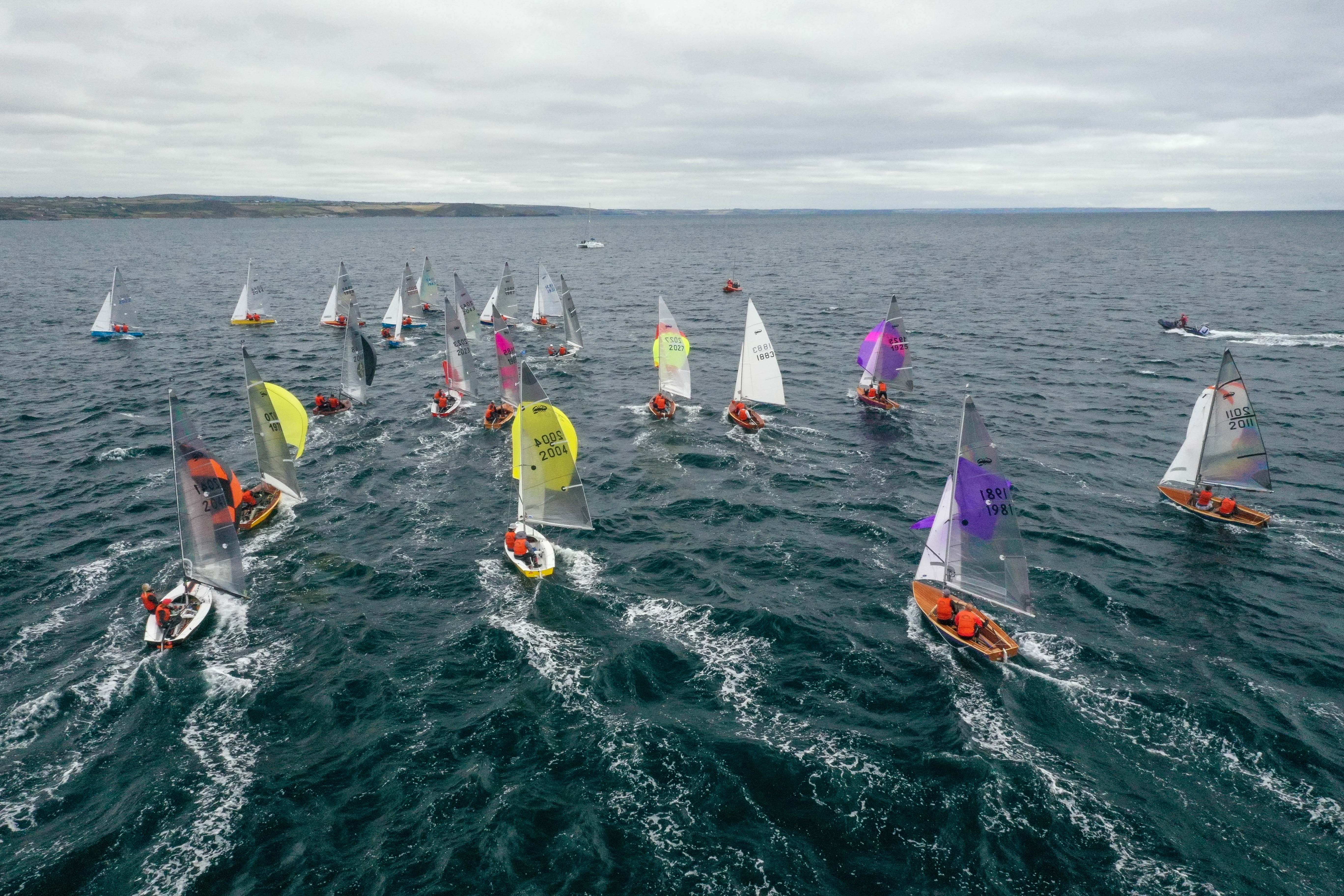 It was more of the same here at Penzance with a shifty North Westerly coming over and around the town. The peak gusts were slightly less than yesterday, but there was still plenty enough wind for everyone.

The spirit, friendship and camaraderie of the Scorpion class was evident throughout the dinghy park, but really epitomised by Nigel Potter’s time and dedication totally replacing the entire rig (mast, boom & pole) of Boggy & Sam Mason’s boat which was lost to the bottom of Mounts Bay. Nigel’s tireless work meant that Boggy & Sam were ready to go racing with the rest of us, today.

And a quick correction to yesterday’s race 6 report. I omitted to mention the fact that the gate start of Race 6 was initially postponed – the reason….the pathfinder’s crew suffered a wardrobe malfunction and had to remove her painful underwired bra and pass it to the Race Officer in the gate boat to look after!

Race 5: Course – T3L Triangle / Sausage /Triangle: Leeward Finish
Janet and Alan Ritchie opened the gate which favoured the later starters, but there was plenty of opportunity to work the beat for both strength and direction. This meant there was plenty of traffic at the first windward mark. Sam Watson & Shandy were caught out coming in on port and took penalty turns, whilst in a separate incident, Mark Lee & George capsized on the mark for the second day in row.
The reaches, whilst breezy, provided opportunities to overtake and if you worked too high, be undertaken.

Race 6: Course – T3L Triangle / Sausage /Triangle: Windward Finish
The mean wind bearing of 320 remained unchanged from race 5, but there was considerable variation in both wind speed and direction across the race course.
Although Tom & Rachael were showing us the way round, these conditions brought the closest racing to date with a very tight finish between places 6 – 12. Jock Fellows sailing with his son George, sailed brilliantly to finish 10th and are looking forward to the joys of being pathfinder.
Pete Grey & Richard Pepperdine had another great race to finish 2nd and Tom Jeffcoate & Tim Hartley, putting yesterday’s bad day behind them to finish 3rd.

The SWHAGS enjoyed the bracing Penzance Lido followed by an afternoon of cream tea and Pimms . 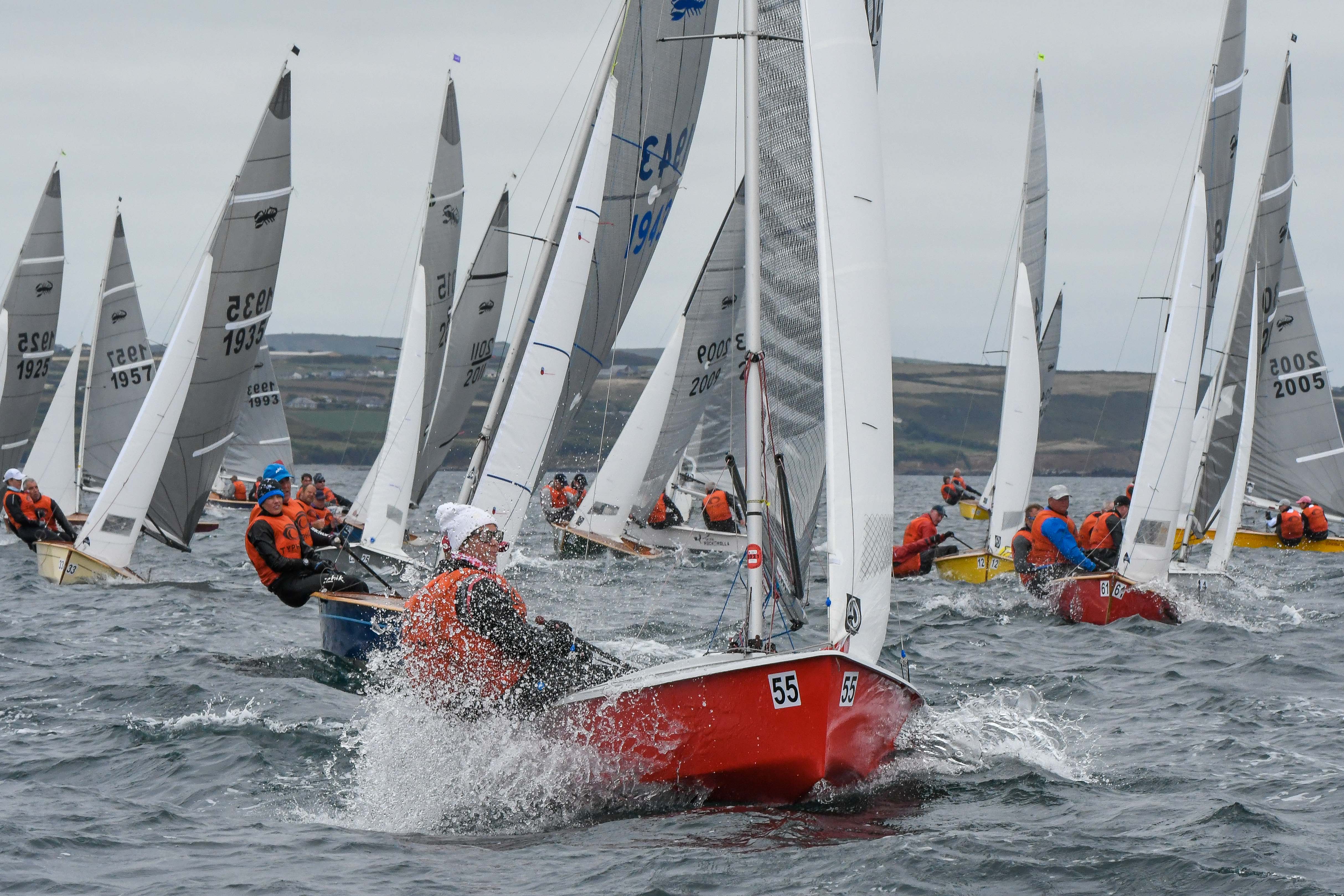 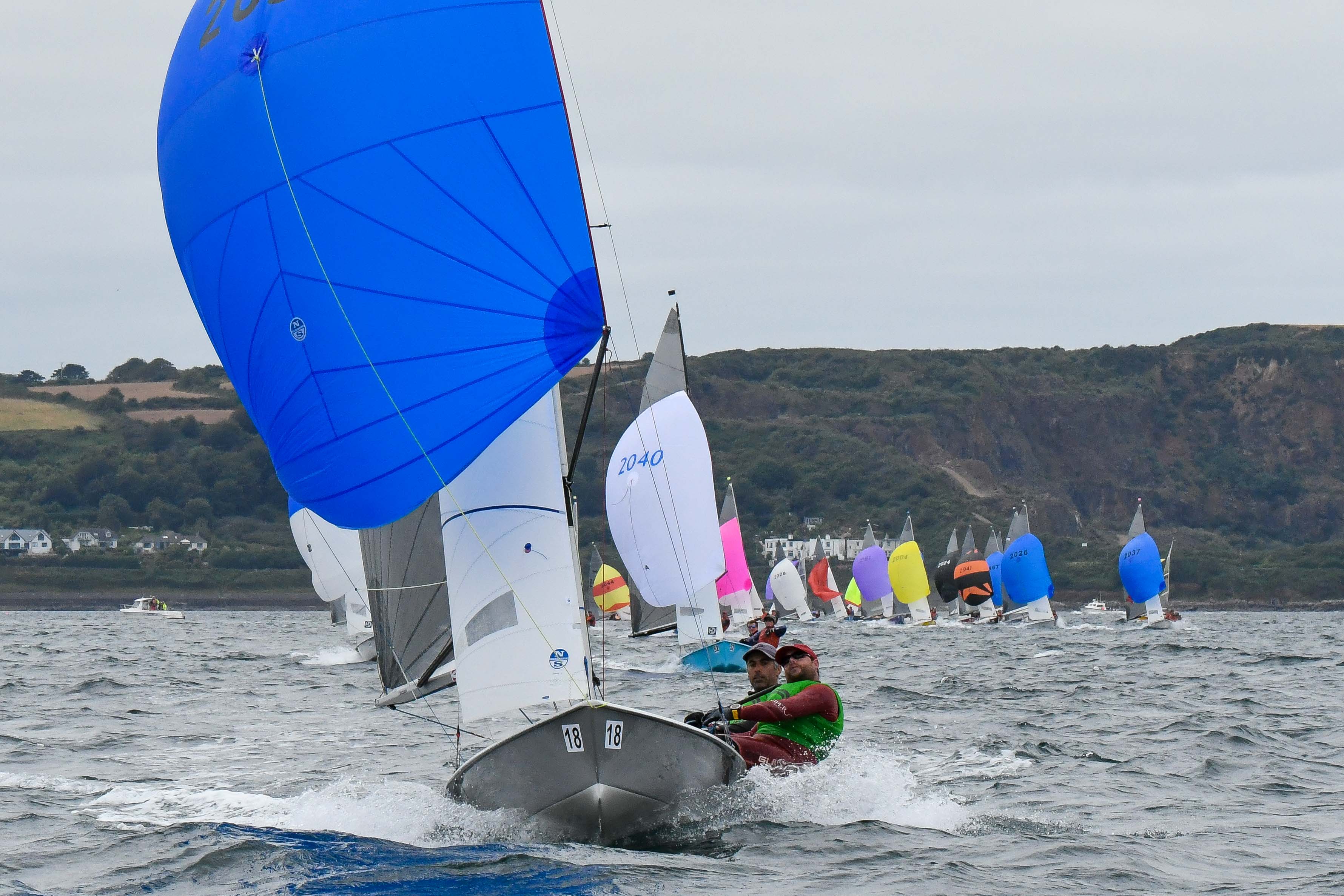 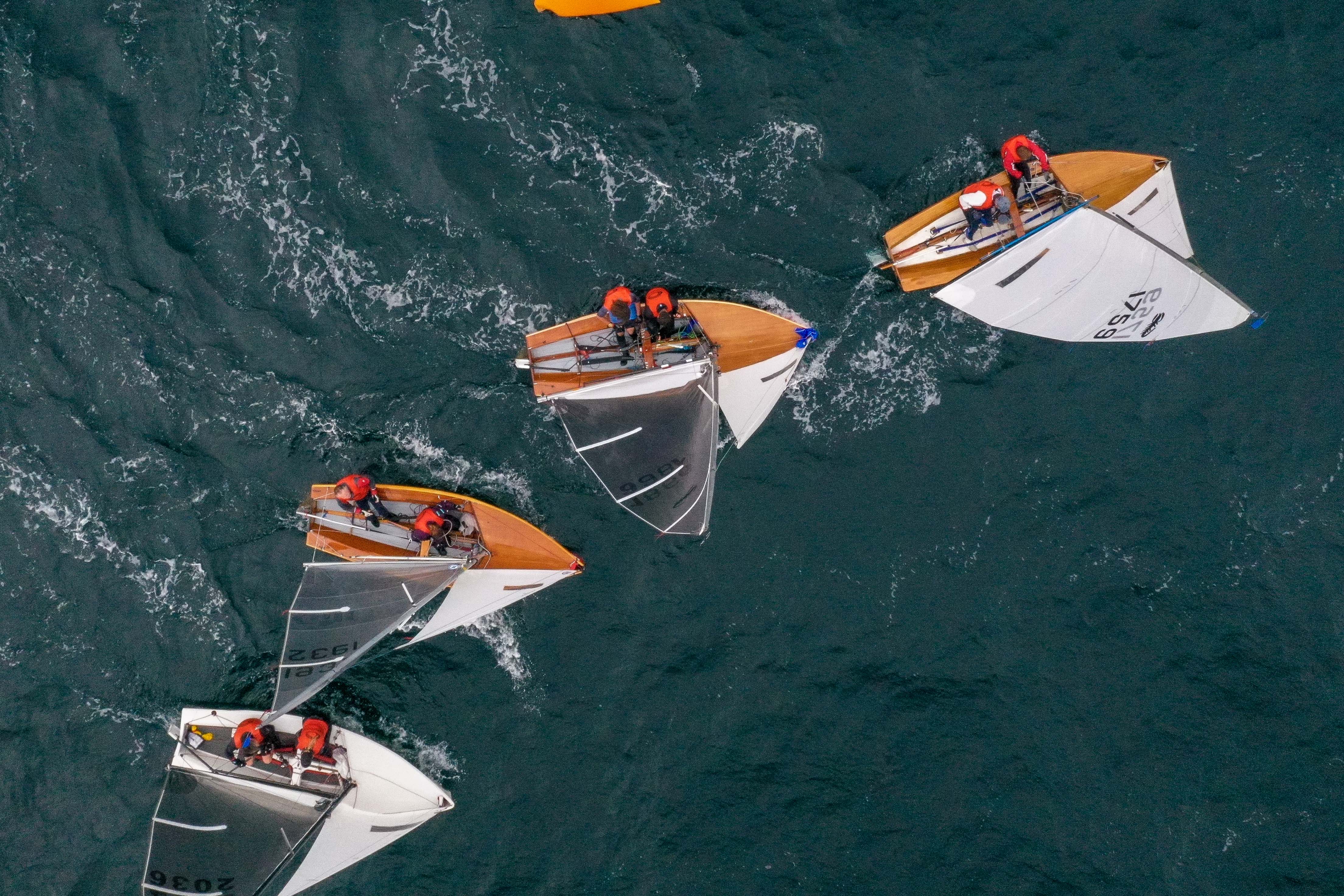 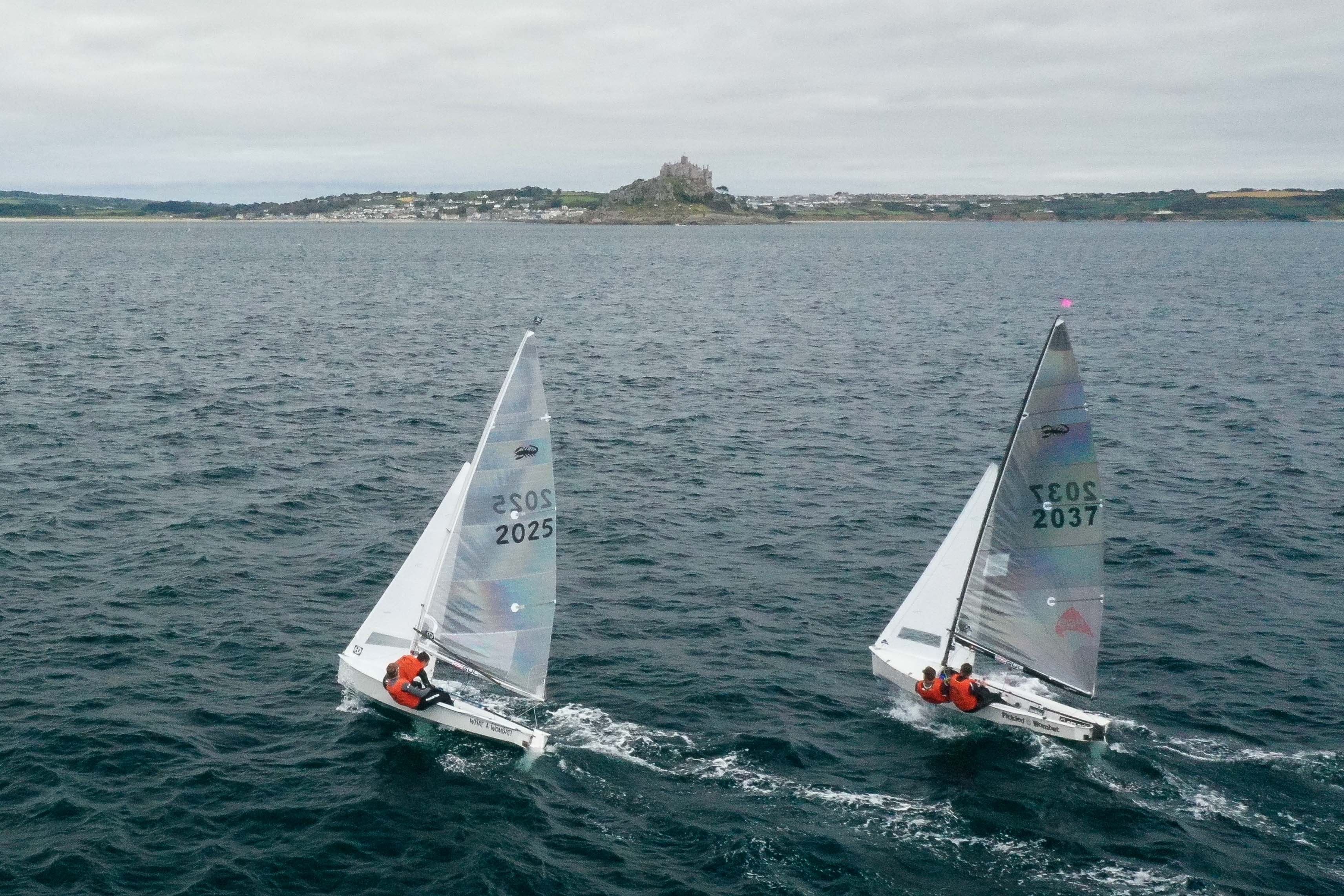 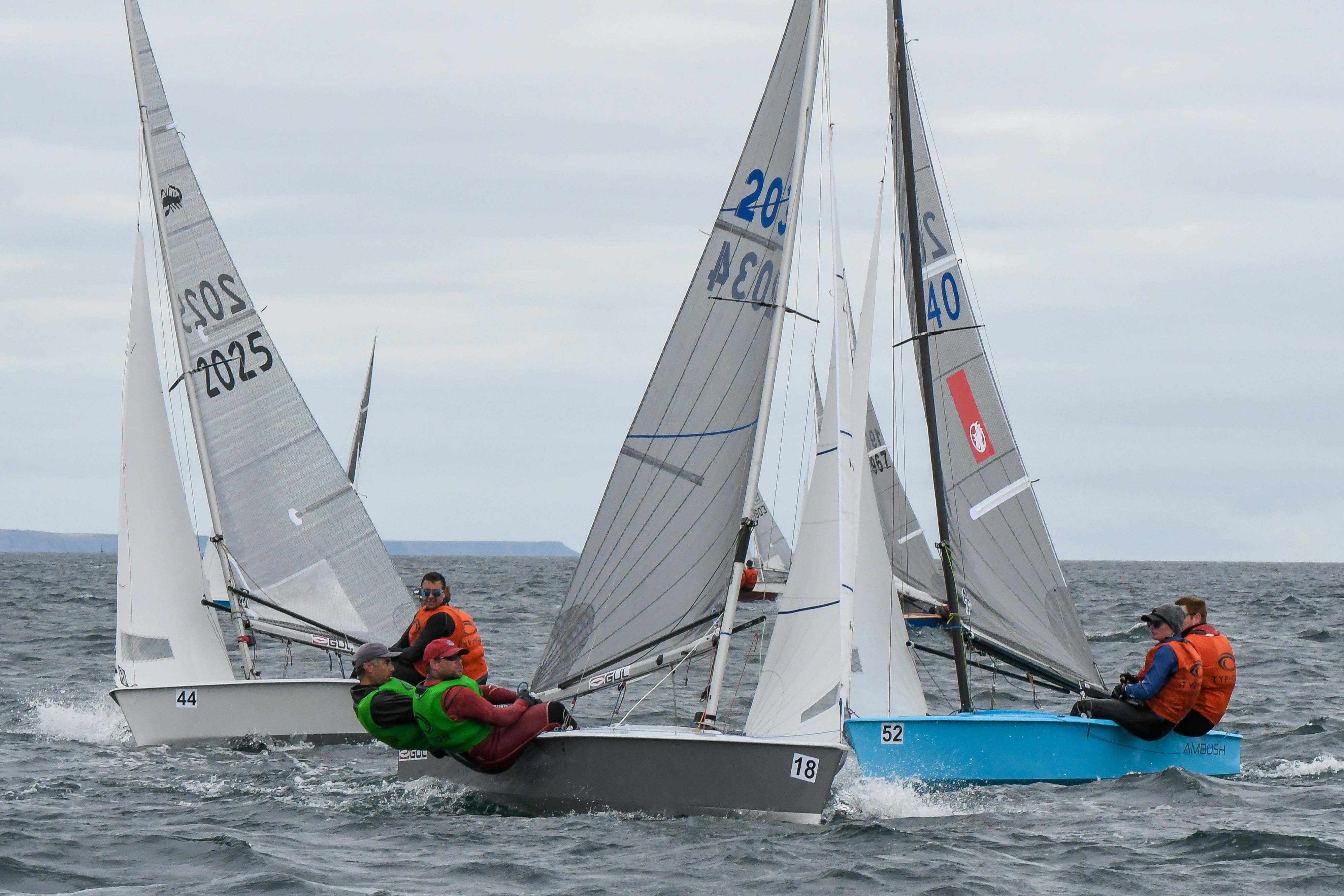 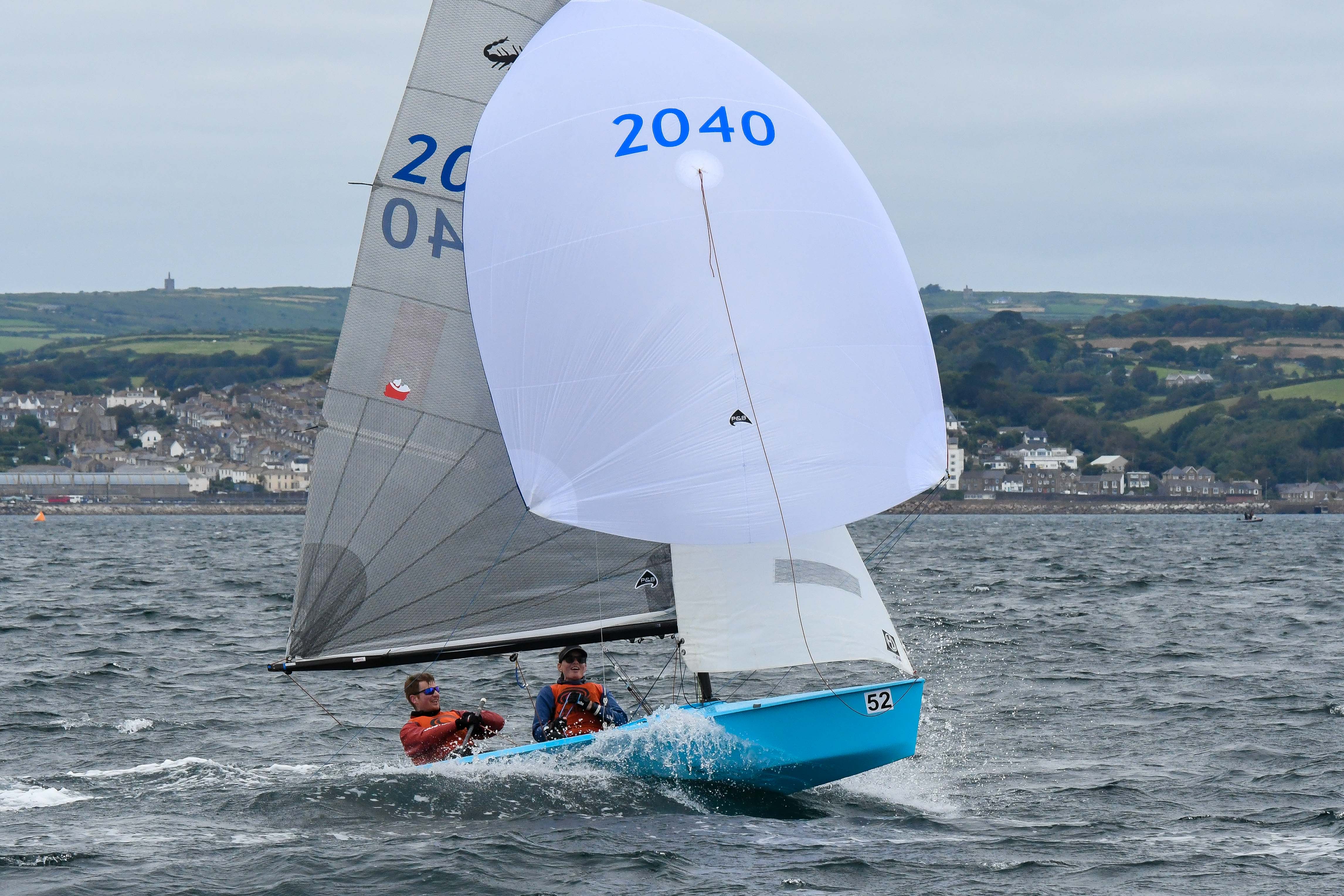