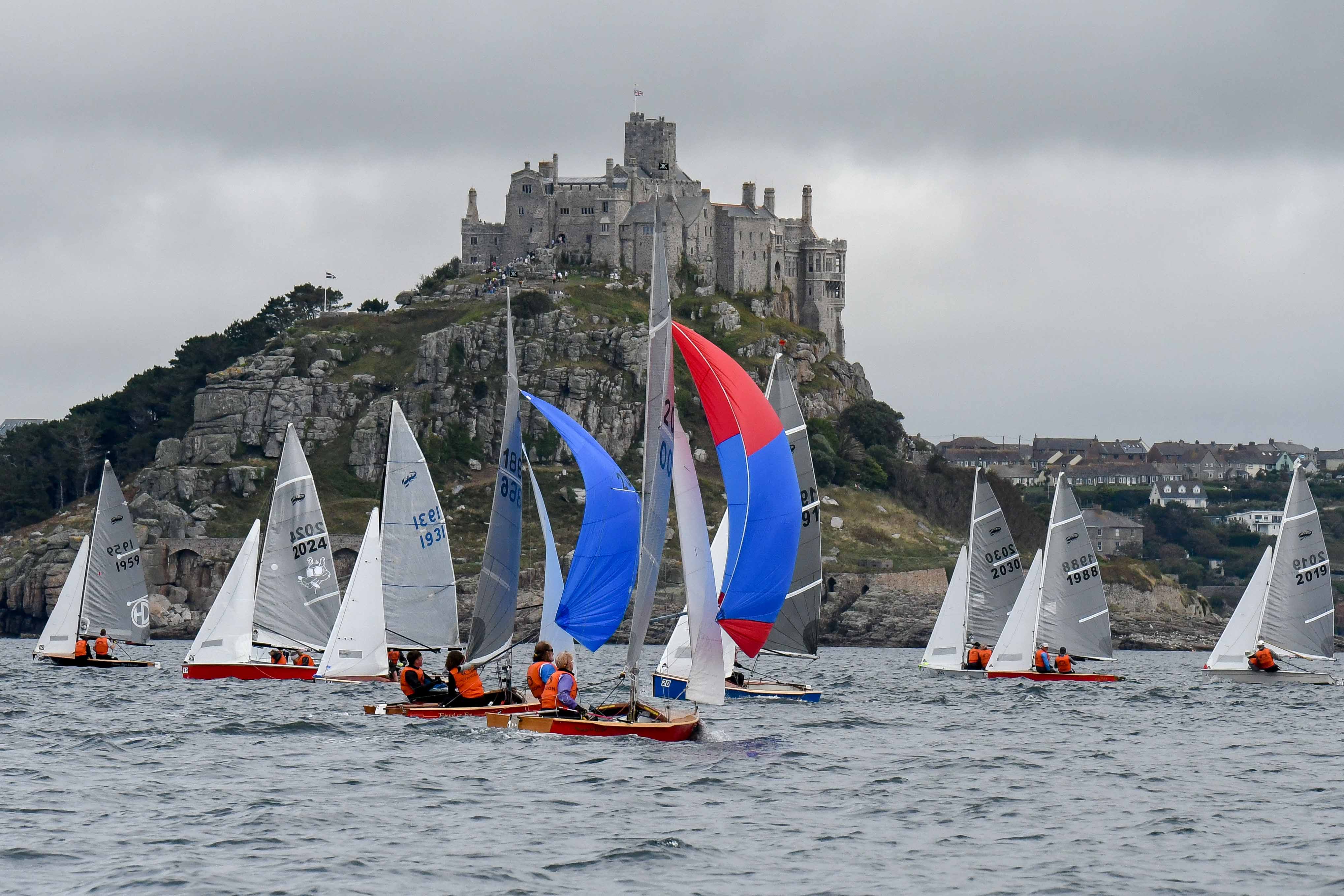 It’s easy to spot a Scorpion sailor walking in Penzance town, just have a look at their bruised legs – it’s been a tough week. Although the wind was still in the North West, it was a lot lighter and it was lovely to see a number of the classic boats on the water including David Bleakley & Laura Bray’s 244 – Shuala, resplendent with her original blue sails and John Mursell & Dougal sailing 1329 – Oozoo.

Oozoo, in the expert hands of the Curran brothers, was one of only 2 scorpions ever to win all the races at a National Championships. With Tom Gillard and Rachael Grey’s faultless performance this week, the question was, could they join this illustrious club?

Race 7: Course – S3L Sausage /Triangle /Sausage : Leeward Finish
With the Cornish mizzle clearing, the course was set around a bearing of 325 degrees and the first-time pathfinders Jock & George Fellows opened the gate with the crews just perching on the side deck. Again, the early starters were rewarded with a port lift into the mark. Tom & Rachael managed to work their way out of the middle right of this bunch to round in the top 3.

The observant amongst you, will notice the first off wind was a run. A number of crews failed to spot this and sailed off to Lands End in vain. Whilst the lighter breeze led to a more compact fleet which meant mark roundings were somewhat congested.
On top of that the jury boat got in on the action, yellow flagging Tom & Rachael for rule 42, but they had enough in hand to complete their turns and still stay in front.

Race 8: Course – S3L Sausage /Triangle /Sausage :
The mean wind bearing of 325 remained unchanged from race 7, but the puffs were always coming from the left. This favoured the early starters, to the disadvantage of the pathfinders George & Rosie Povall
Pete Grey & Richard Pepperdine rounded the windward mark first and, although pressed hard by the pack, they were never headed and took the gun.

Although Tom & Rachael have secured a well-deserved championship win with a day to spare, tomorrow’s racing brings a second discard into play and the battle for runner up is hotly contested between 3 boats Alan & Si, Pete & Rich and Tom & Tim.

The SWHAGS invaded St. Ives by train and tonight’s social is paella and games night. Let’s hope we get through this in one piece. 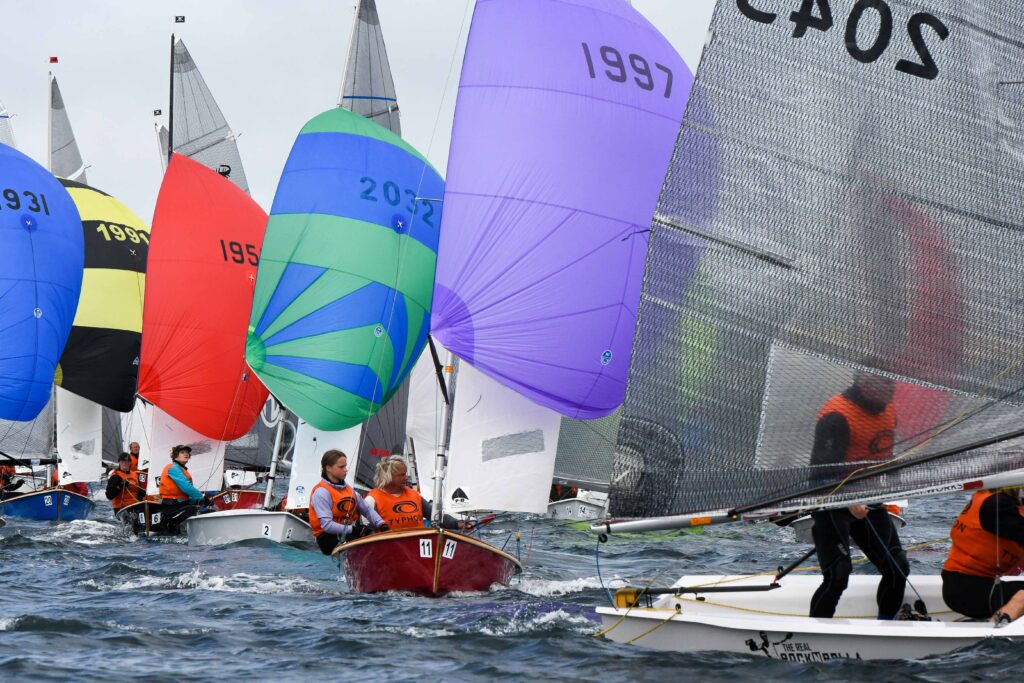 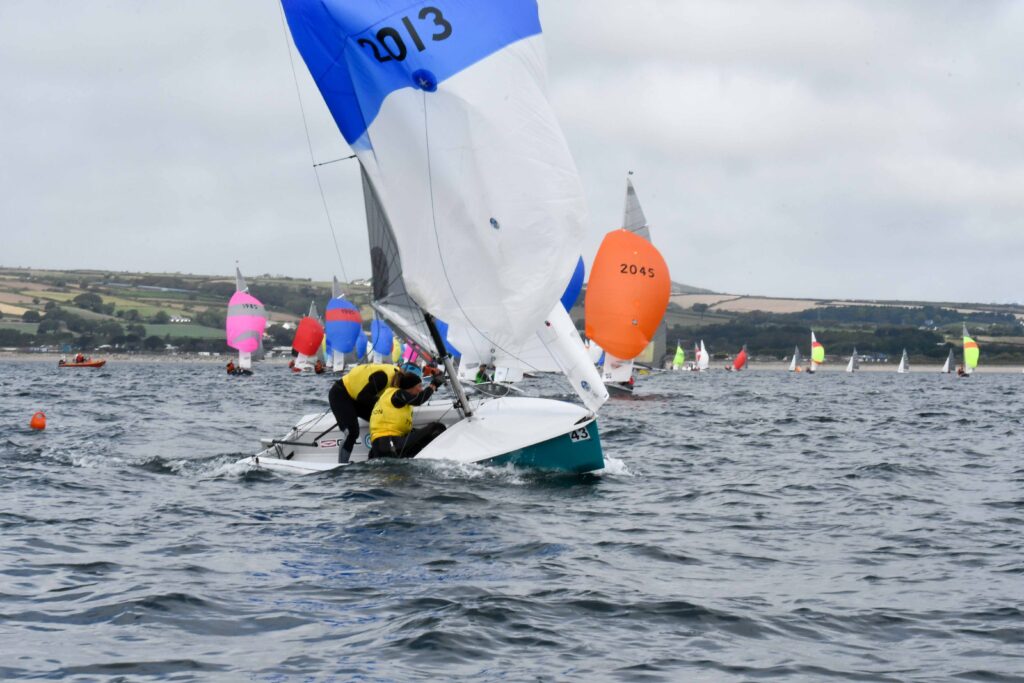 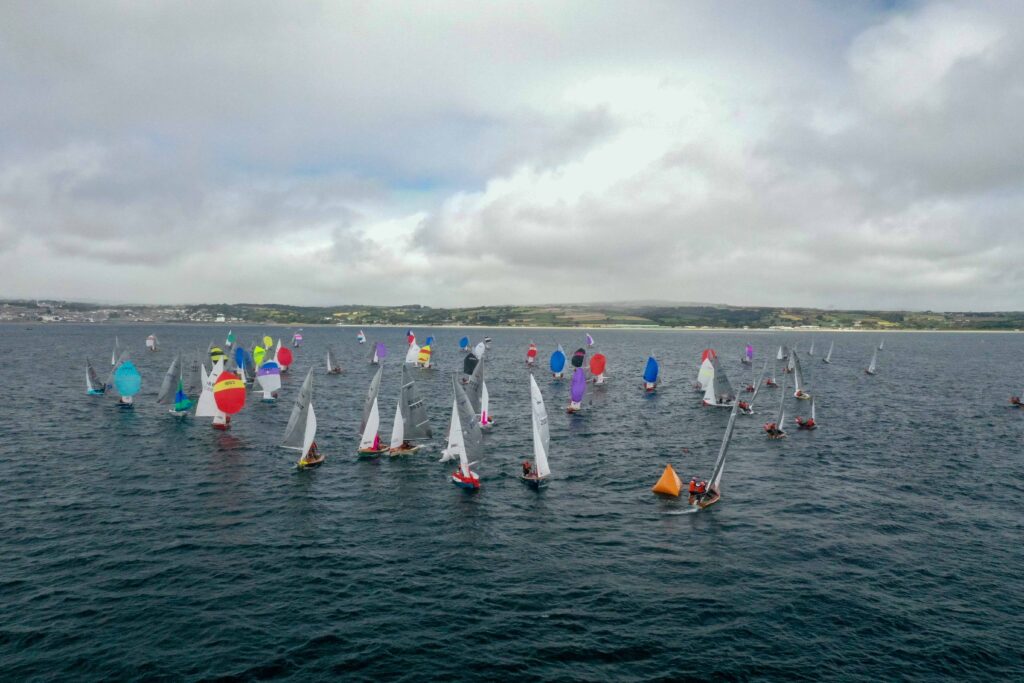 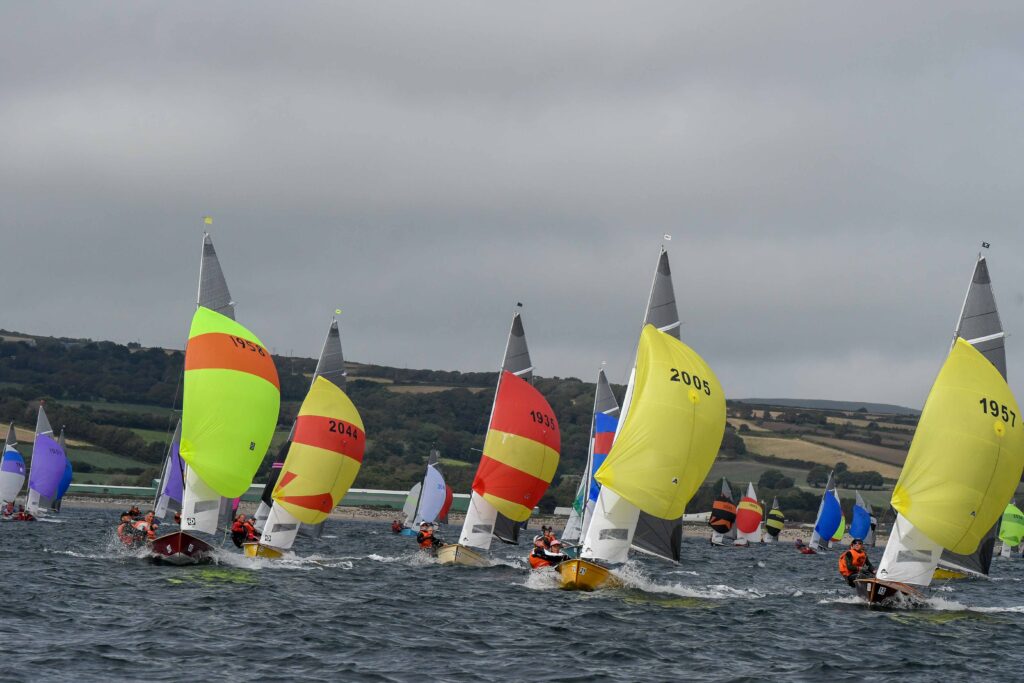 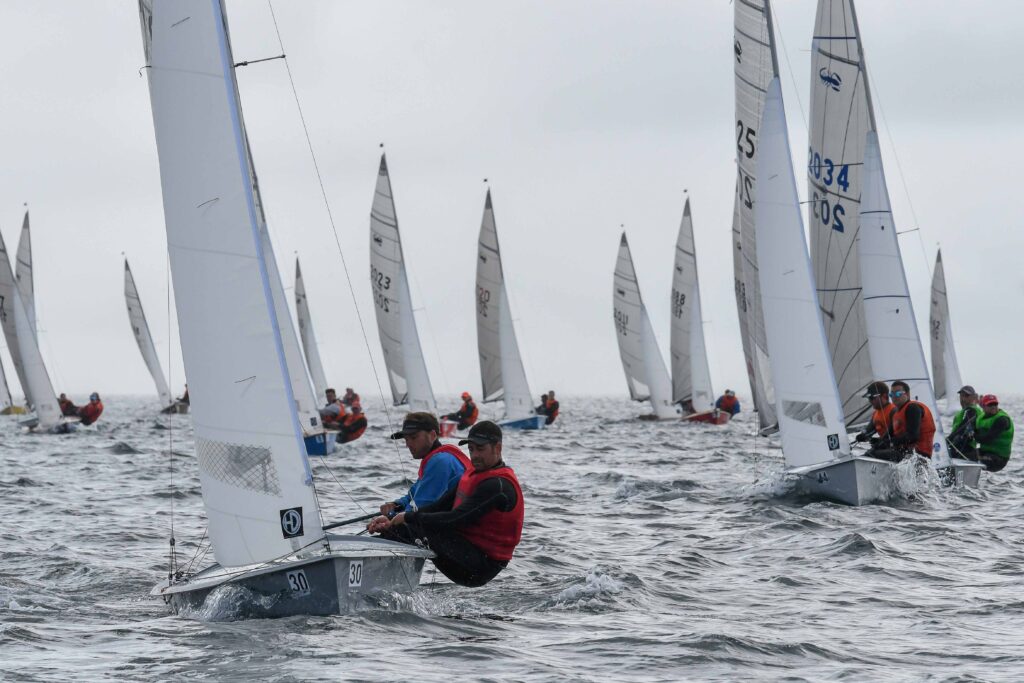 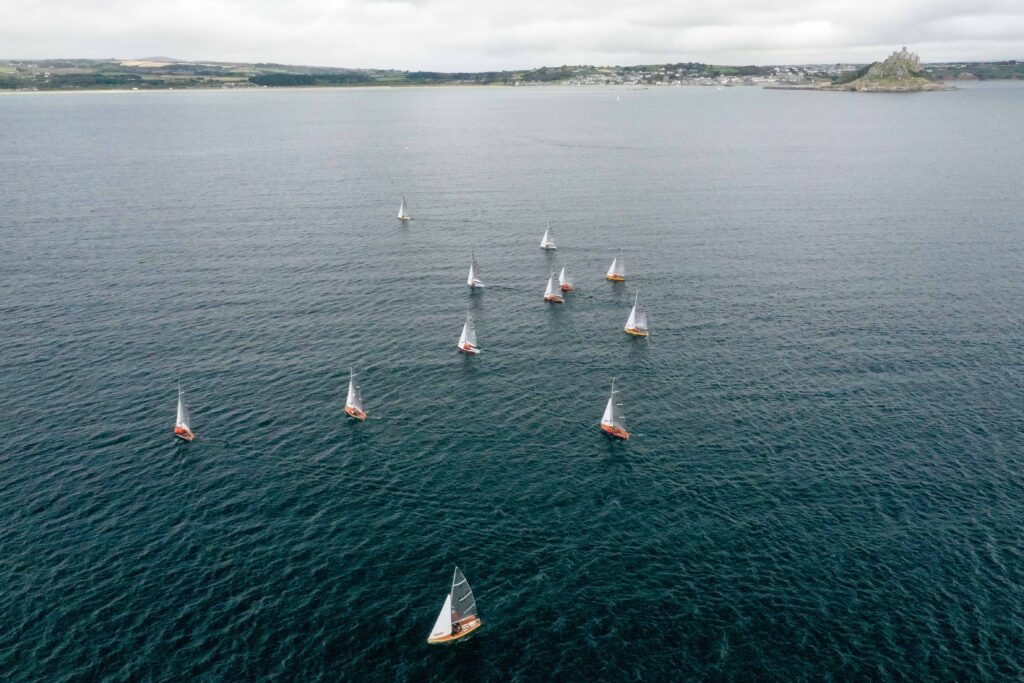